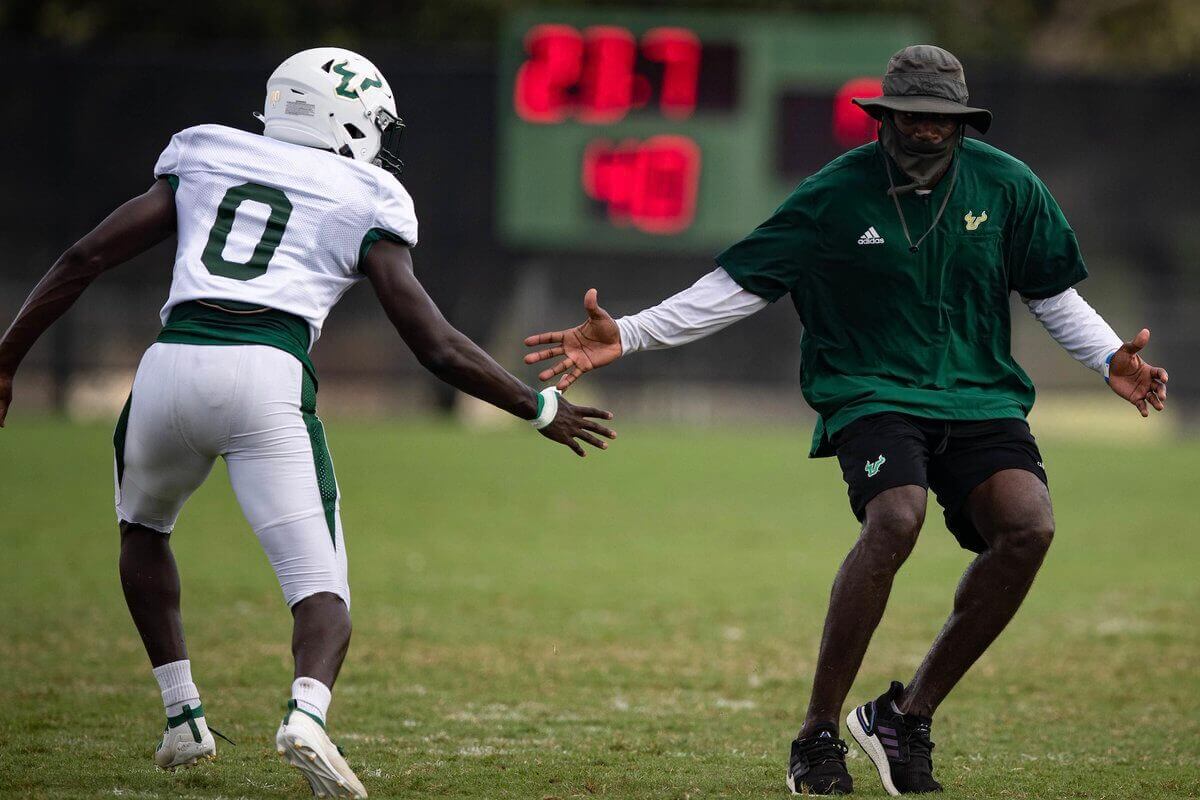 UPDATE: Florida has officially announced Jules Montinar as the newest member of the Gator football staff.

With linebackers coach Christian Robinson presumably staying at Florida, Dan Mullen has filled the final vacancy on his coaching staff with ex South Florida CB coach and recruiting coordinator, Jules Montinar, according to a report by Football Scoop.

Though the report did just come out a couple of hours ago, which means that UF hasn’t had time to confirm or announce the hire, logic says that Montinar’s on field assignment will see him joining forces with former Auburn assistant Wesley McGriff and working with the Florida secondary in some capacity- a role in which he has seen success in previous stops. But the real weapon he brings to the Gator staff is his recruiting ability. His deep ties in the state of Florida has brought him results in his recruiting efforts at his previous stops, which include graduate assistant roles at Purdue and Alabama, and a one year stop at Georgia in 2019 as the Bulldogs’ defensive quality control assistant.

In Jules Montinar, the Gators are gaining a promising, up and coming assistant coach who has delivered some results on the field in his limited big time college football experience. And they’re gaining a bona fide ace on the recruiting trail, one with a particularly strong rapport in the Gators’ own backyard and surrounding strongholds. So if Dan Mullen were to make any combination of staff changes that didn’t include relieving Todd Grantham of his duties, adding McGriff and Montinar was up there with the best tandem of new faces he could have brought along.