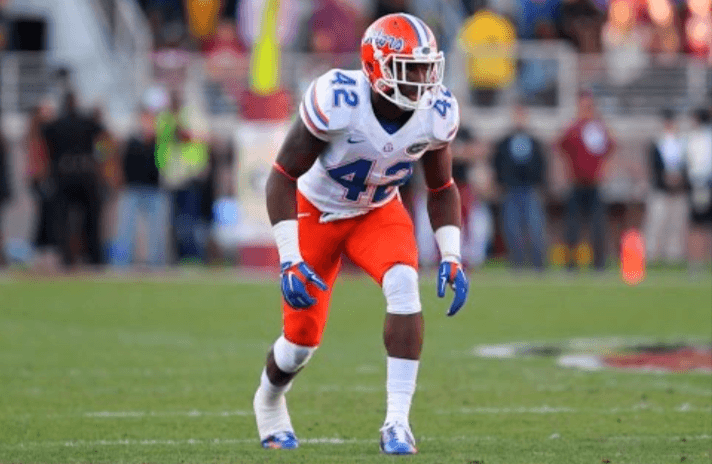 Florida’s secondary, which has already lost Vernon Hargreaves to the NFL draft, just took another hit.

Safety Keanu Neal has announced through his instagram account that he will declare for the NFL Draft. Neal, who called it “the hardest decision I have ever made,” finishes his Gator career with 96 tackles and four interceptions, most notably an interception in the end zone to finish off the Gators’ 27-3 win over Georgia. He’s projected by most to be a mid to late round draft pick, which makes this announcement somewhat of a surprise.

Florida now has some shuffling to do in its secondary. There’s still plenty of talent back there between Jalen Tabor, Duke Dawson and Quincy Wilson, but that safety spot needs to be filled. And with Marcus Maye also considering a jump to the NFL, it’s up to Geoff Collins to fill that hole, possibly with freshman Quincy Lenton.

Neal is the Gators’ fifth underclassman to declare for the NFL Draft, after Kelvin Taylor, DeMarcus Robinson, Alex McCalister, and Vernon Hargreaves. Add that onto the fact that Florida also loses several seniors, including Brian Poole, Jonathan Bullard, Antonio Morrison and Mason Halter, and next year could be something of a rebuilding year. This isn’t to say that Florida can’t still have a great year, but it’s never easy to replace that many starters, so adjust your expectations accordingly.

Of course, I wish Neal the best of luck going forward. Once a Gator, always a Gator. I can’t say I totally agree with his decision even when thinking about it objectively, but I’m rooting for him.