Uncategorized Looking Back: What if the NCAA Had Hit Alabama Harder and Quicker Following the Textbook Scandal?

I love playing what-if. Whether it be with friends, family, teachers, anybody. I know it doesn’t help to change the future, but it’s still a fun thing to look at. But there is a reason behind it.

In college football, the tiniest change of anything in the past could set off a chain reaction of completely different follow up events. So: what if the NCAA had hit Alabama just a little bit harder and faster with punishments following the textbook scandal? What if they made Bama forfeit, not vacate wins? What if they imposed a two year bowl ban? After all, this was the second infraction in the last 5 years, so…. They’re just predictions, but they seem awfully realistic.

In November of 2007, right in the heat of Alabama’s embarrassing collapse, the University received word that the NCAA was onto them regarding the possible textbook issues. Saban played Glen Coffee a ton suring both 2007 and 2008, and he was one of the players mixed up in it. Take a 6-7 season, a humiliating home defeat to Louisiana Monroe, a horrible late season collapse and if he knew that big time punishment from the NCAA was looming, and I doubt Saban would have stayed.

Had the NCAA forced the Tide to forfeit, rather than vacate their wins, including a 31-3 throttling of Florida, the Gators’ record would now be 6-2 in SEC play. That’s tied for first with Georgia, and the Gators beat Georgia 14-10 in Jacksonville (what else is new?). Florida had lost a tough game to LSU on the road, but playing in Baton Rouge and playing in the Georgia Dome- home field for Florida if anything more than neutral- is a huge difference. I would have liked an angry, revengeful Gator team in the rematch in Atlanta.

As awful as Steve Addazio was, he won 13 games in 2009 thanks in large part to Tim Tebow and a smothering defense. Remember now, Alabama doesn’t have Saban. Whoever was willing to take over a sick program likely would not have been able to defeat Tebow’s power and the defense’s lockdown drill. LSU likely would have been the opponent, and as I stated above, it’s much harder to win at LSU than in Atlanta. Florida beat LSU in Baton Rouge, and on a neutral field, I love UF’s chances- even with a moron for a play-caller.

Let’s remember, Alabama handed Urban Meyer his three worst losses as Florida’s head coach. Lots of the pressure Meyer faced was due to Alabama beating his Gators on big stages by big scores. If Saban leaves UA after 2007, and Alabama is taken over by a mediocre coach, Alabama doesn’t beat Florida in 2009 and 2010 by 19 and 25 points- in fact, probably not at all. Meyer’s first heart issue came after the 2009 SEC Championship. Had Florida crushed and then smeared Alabama on the wall, I doubt it happens (at least to that extent). Then Meyer stays on. And when I say Meyer stays on, I mean both his body and his genius. Meaning he doesn’t allow Addazio to screw us over.

His father (and maybe Cam himself as well) is greedy regardless of what happened in Tuscaloosa. That’s not going to change. But after seeing Alabama make a rocket jump to the top of college football in a 2 year span, over in Auburn’s athletic offices, quiet feelings of anger and desperation were everywhere. They likely would not have offered 200,000 dollars for Newton’s services. And until Auburn won the Newton auction, Cam seemed destined to wear maroon. He and Mullen were friends from their Gator days, Mullen ran a perfect offense for Newton, and Cam was even spotted clanging a cowbell. Thanks to old fashioned jealousy towards their rivals, Auburn made a move they probably would not have made had Alabama remained in the mud.

6) Mississippi State becomes a contender for the BCS Championship

How is this possible? Aside from Newton being there? Yeah, well, there’s also the fact that Manny Diaz would have never left MSU for anywhere short of a national powerhouse. Because Bama was not forced to forfeit their victories and more, Saban stayed at Bama, and caused Meyer heart conditions, Meyer left, Will Muschamp left Texas, meaning there was a void for the Horns DC job… which Diaz  took. Where else would he have left for? Diaz is a great coach and a fantastic recruiter. Imagine a defense full of Pernell McPhees that comes after you on every play, coupled with a Cam Newton led offense. Plus, look at what an effect this could have on recruiting. 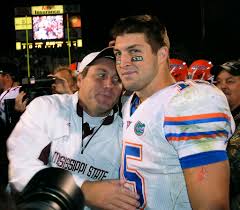 7) Will Muschamp returns to Georgia as head coach

Yes, Muschamp appeared to be loyal to Texas. Yes, he had a head coach in waiting title in his contract. Yes, he would have gone to his alma mater in a heartbeat had they offered him the head coaching spot. Willie Martinez was clearly not the man to run Georgia’s defense, and Muschamp seemed a great fit to take over as DC in 2010. But with the three straight disappointing seasons, I doubt Damon Evans would have kept Richt as head man after the worst indignity of all- 6-7, loss to UCF, had he known that Muschamp was interested (though when you’re drunk, you become less credible). And he clearly was- the guy’s name is BOOM. You think he might be a little restless? How do you think he feels, wanting to do well for his own rep but wanting the team to fail so he can take over as head man? I have a gut instinct that he was ready to bolt midway through 2010 at the latest. Right to his alma mater.

How awful must things have been on Rocky Flop to make trouble-bound USC look like a prize? Kiffin had three main issues- Alabama, South Carolina (remember the Alshon Jeffrey gas-pumping story?) and Florida. I’m assuming nothing here changes his motormouth. However, everything here changes the way Florida plays following the 2009 season. Either Meyer tells Addazio to grow some balls and call plays with his brain attached, or he hires a new OC for 2010. Or, he calls plays himself. Whetever. Knowing that Alabama has been reduced to dust, Kiffin stays. It’s OK to have one good team pissed off at you. Two, while treacherous, can be handled. But he drew the line at three, and hightailed it out. He could have dealt with South Carolina and Florida every year, no problem. The Gators might hang 70 on them but he can deal with that. What he could not handle was having three teams angry and/or powerful enough to do it. So he chose to deal with USC and their penalties rather than his own penalties at Tennessee plus three peeved rivals.

9) FSU hires Nick Saban and returns to the top immediately

Why not? Bobby Bowden grew up in Alabama and rooted for the Crimson Tide, and admittedly still has a soft spot for them. Meaning he’s behind Saban. Bobby Bowden being a fan of his successor meant a lot to FSU when ‘looking’ for a replacement (gee, where do we start looking? British Columbia? WAIT never mind let’s just hire Jimbo). Jimbo!!! Yeah, the offensive coordinator of LSU’s national championship team in 2003- under none other than Nick Saban. FSU hires Saban prior to the 2008 season, before FSU makes the head coach in waiting title official for Fisher. And while Jimbo likely leaves for a head coaching job elsewhere, Saban’s got the most talent rich area in the nation to recruit in. We all know what a fantastic recruiter he is, so this spells doom for anybody hoping to or used to raiding the state for the Gator rejects.

After reading everything else, this isn’t just probable, it’s a certainty. If Florida and FSU sign 95% of the four and five stars from the state, nobody else gets anything. That includes Miami, whose current struggles have nothing to do with Alabama’s punishments- until now. The Gators and the Noles consistently face off as top 10 teams, while Miami falls even harder. Everybody’s passing the U. Now, I can see the Hurricanes as possibly the SIXTH best team in the state. UCF finished in the top 25. USF beat Miami. Hell, Florida International won a bowl game a year removed from 3 wins and a 62-3 throttling at the hands of the Gators.

See what one decision can do? See the possibly enormous consequences one seemingly tiny decision can have? Maybe this Janoris Jenkins incident will warrant an article something like this 10 years later… you never know.

The main purpose of this article is to hint at the fact that Muschamp needs to be careful. He’s got to be VERY cautious of possible consequences like this. What if he had decided to keep Jenkins, and then in March it comes out that somebody took Jenkins’ SAT for him? Look at the effects a violation can have- or not have.

So far, Muschamp has done a great job. He made what I believe is the right call on Jenkins. He’s got to continue to do it, though, both on the field and off.

3 thoughts on “Looking Back: What if the NCAA Had Hit Alabama Harder and Quicker Following the Textbook Scandal?”