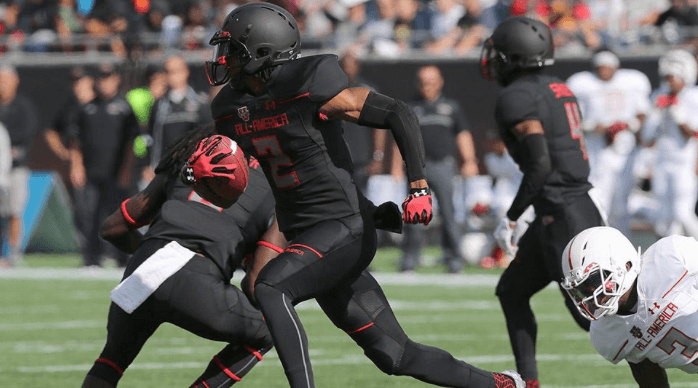 Time for the fun part of my job: predictions!

Florida already has a solid class as of right now. But any given recruiting class could always get better, and the Gators are still in play for several big time recruits. So let’s get to the picks:

The Gators’ need for big time wide receivers is no secret. Luckily, Cleveland might be able to help out right away. The longtime Houston commit really enjoyed himself on his official visit this past weekend, and formed some tight relationships with current players and recruits alike. A decommitment from Houston appears imminent; Texas Christian and Arkansas have each done a good job chasing him, but all signs- including Florida getting his last visit- indicate that he’ll be a Gator. Prediction: Florida

Jim McElwain is trying to do the impossible: snatch a five star defensive back from Louisiana away from the hometown LSU Tigers. There are lots of indications that he’ll succeed, too. Fulton has gotten close with Gator cornerback commit Chauncey Gardner, which of course means he’ll be in his ear nonstop for the next 24 hours. The firing of Kirk Callahan seems to be an afterthought to Fulton, who, like Cleveland, took his last official visit to Florida- and couldn’t stop taking pictures in all types of Gator gear in several different locations. At this point, LSU has to hope for a shocker- but then again, those do happen on Signing Day. I just don’t see Fulton pulling one. Prediction: Florida

I really didn’t want to include Wilson, but his reputation of being… shall we say, less than truthful has forced me to ignore his tweet knocking Florida off his list. (Plus, he immediately deleted that tweet.) But regardless of whether Florida is a finalist or not seems irrelevant. He’s built a great relationship with the Alabama coaches and Nick Saban has a penchant for killing everybody at the linebacker position. Pencil him in for Tuscaloosa. Prediction: Alabama

Burns is easily the toughest one to call. He had a great time on his Florida visit last weekend, and was considered by some to be a Gator lean, but then he decided to take his last visit to FSU this past weekend, and that didn’t exactly help bolster that notion. Seems like he hadn’t seen enough at UF to shut down his recruitment, and, well, do you think visiting Tallahassee would make him any more interested in Florida? Then again, it could be that he just wanted to use up all his official visits. So I would not be surprised by any means if he picks Florida, but… Prediction: FSU

The current Florida commit got the Gator Nation a little nervous by taking his last official visit to FSU this past weekend along with Burns. But the feeling is that FSU had their chance to lock him up and didn’t do it. Manuel has been committed to Florida since December, and has built a strong relationship with defensive line coach Chris Rumph. I’ll admit to not being totally sure about this one, but I’m confident enough to say he sticks with Florida to put it out on the internet. Prediction: Florida

Simpson seems to be the one guy left on the Gators’ board that nobody’s talking about. But he’s quietly whittled his list down to two: Clemson and Florida. The Gators desperately need offensive linemen, but Simpson has been a regular on Clemson’s campus the past several months and it’s clear that the Tigers are his leader. I’d love to be wrong, but I don’t think it’s going to happen with him. On the bright side: if something goes wrong for him at Clemson, Florida seems like a nice transfer option for him since the two schools never play each other. Prediction: Clemson

LOL. Perine’s a funny kid. He’s been committed to Florida since last spring, and now he’s trying to convince people that he’s seriously considering Alabama by holding his own Signing Day ceremony with Florida and Alabama hats. I talk to Perine fairly frequently, and can tell you he’s not an arrogant guy, this is just his sense of humor. He hasn’t even visited Alabama since December. He’s just trying to piss them off. And the only reason I’m saying any of this publicly is that some Gator fans seem to be legitimately worried. Well, don’t be. Prediction: Florida

3 thoughts on “National Signing Day Predictions: where will the Gators’ top targets go?”