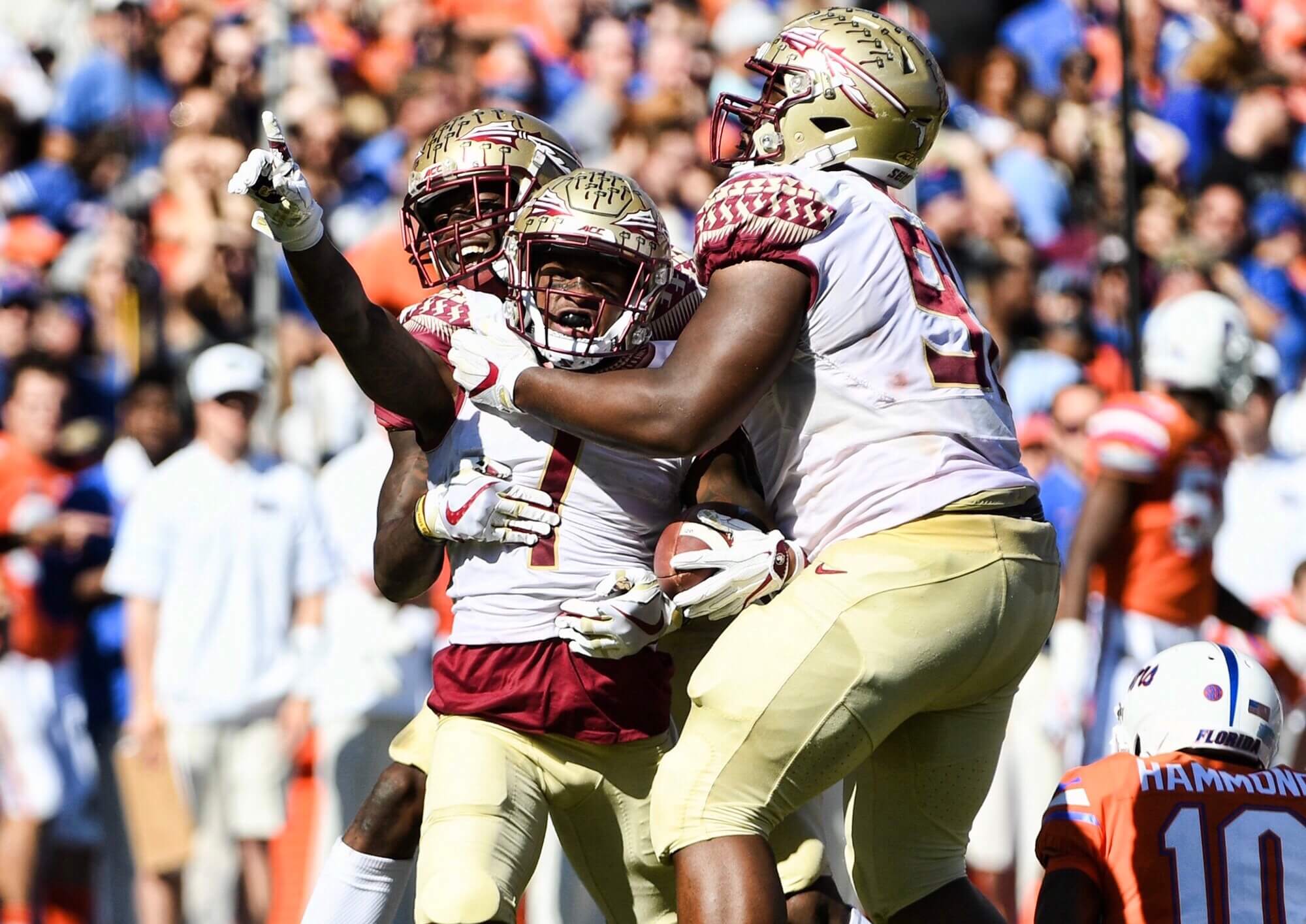 This season has been a special kind of failure for FSU. A combination of factors ranging from Deondre Francois’s season ending injury to issues throughout their coaching staff led to losses piling up like autumn leaves and left the preseason No. 3 staring at being No. 4 in its own state.

And the Gators lost to that team, sealing its fate as one of the worst teams in school history.

The 2017 team becomes the 23rd team in the program’s 111 year history to finish with a losing record. Only one of those 22 other losing seasons- the Will Muschamp mismanaged 2013 team- came in the last four decades. And half those 22 teams finished within two games of .500, whereas this team finishes 4-7.

FSU wasted no time getting on the board. Four minutes into the game, Brian Burns strip sacked Feleipe Franks. The ball bounced right to Jacob Pugh, who picked it up and jogged in for the score. Florida would respond with a touchdown run from Mark Thompson following a pick from Duke Dawson, but then Feleipe Franks proceeded to give the game away.

Franks’ first interception of the game came inside his own red zone, a rocket propelled wounded duck in the general direction of Brandon Powell. Powell deflected it right to Levonta Taylor, and three plays later James Blackmon found Nyquan Murray for the score. Later in the second quarter, Franks found Taylor again, this time right in stride and this time for a touchdown. That made the score 24-7.

To its credit, Florida fought back. The Gators manufactured a twelve play, 74 yard drive to cut the deficit to 24-13. The PAT was blocked, but the Gators would come right back and cut the lead down to one possession  win a field goal by Eddy Pineiro.

But then Florida got shredded on a seven play, 75 yard drive that ended with a Cam Akers touchdown run. And immediately after that, Franks threw what should have been a pick six, and only wasn’t because of a hilarious lack of intelligence from FSU lineman Matthew Thomas that caused him to fall down at the one yard line. But FSU then hit pay dirt three plays later anyway to make it 38-16.

And that was that. Five straight for FSU, to put the exclamation point on one of the worst five year stretches in program history.

There is no positive to take from this game, or this season. There is no silver lining, no hope of redemption and no possibility of salvation. This team has been breathing on heavy machinery since the Georgia game but now is dead, done, in the books, no longer a living nightmare but forever a frustrating chapter of a deep, rich history of football at the University of Florida.

And that’s a good thing. Now Florida can move on, snatch its next head coach and get to work on trying to keep its 2018 recruiting class intact.

In all kinds of weather, we’ll all stick together as we bid farewell to this monsoon of misery we’ve been forced to endure the past few months. Here’s to some clear skies ahead.