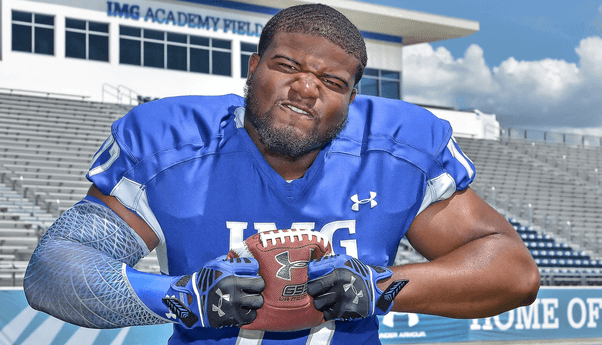 Jim McElwain just landed the biggest recruit in a class filled with them.

His highlight tape more than backs up that list. Manuel is, well, a strong dude, and displays a level of quickness that spawns tremendous promise for his college career. His strength, size and speed combine to give him a consistent ability to split the offensive linemen and blow up the play in the backfield before it even gets started. He’s the kind of guy that, if he continues to grow upon arriving at Florida, can eventually become the guy that offenses have to completely game plan around. Don’t be fooled by his four star rating; he’s got all the talent and upside of a five star.