Gator Football Recruiting: Where do the Gators stand with some of their top targets? 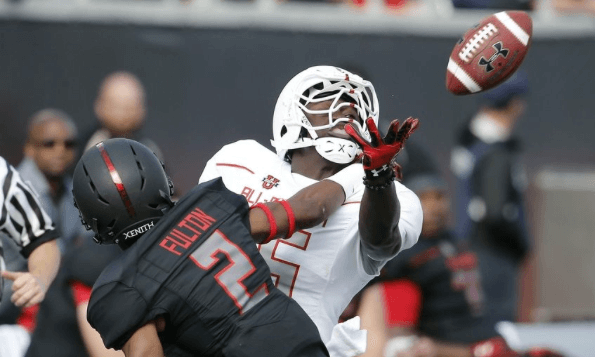 National Signing Day is two weeks away, which means it’s time for Florida to finish strong on the recruiting trail and add to what’s already a very nice class to turn it into a great one. How do the Gators fare with some of the top targets left on their board?

-Four star WR Tyrie Cleveland- a current Houston commit, seems to be slowly rising on the Gators. Watching the Cougars take down FSU in the Peach Bowl couldn’t have hurt, but Cleveland is still open enough to playing for Florida that he’s got an official visit scheduled next weekend. The chances of flipping the longtime UH commit aren’t great, but they do exist, especially now that Binjimen Victor has committed to Ohio State. Odds: 35%

-Five star CB Kristian Fulton- Take Fulton’s “The Swamp is unreal bruh forreal” tweet how you want to. But Fulton to Florida makes a lot of sense with the departure of Vernon Hargreaves and the imminent departure of Jalen Tabor next year. Current Gator CB commit Chauncey Gardner is leading the charge for Fulton’s services, but Arkansas and LSU are making strong pushes as well. Expect this battle to be fought all the way to the end- but if forced to make a pick, I’d say he’s a Gator. Odds: 60%

-Four star WR Tre Nixon- Nixon might be Florida’s to lose. His other favorites depend on who you ask; they range from Texas A&M, Auburn, Penn State, Tennessee and Georgia. But combine him growing up in Florida as a Gator fan and the Gators’ desperate need for a receiver and I’m fairly confident Jim McElwain hauls him in. Odds: 70%

-Four star LB Mack Wilson- In all honesty, I have no idea in hell about this guy. He enjoys his status as a master twitter troll, and extends that attitude to the way he talks to his friends (and thus what my sources tell me). This makes him virtually impossible to predict. He’s down to Florida, Georgia and Alabama, if you believe that much. Florida’s certainly in contention to land him, but that’s as sure as I’m willing to get. And of course he’ll drag it out, as all trollish recruits do. Odds: 40%

–Four star WR Nate Craig– Florida’s got his attention with their ten win season and need for playmaking receivers, but I wouldn’t count on the Gators landing him. He seems destined for Auburn, if not FSU. Odds: 20%

-Four star DE Brian Burns- Burns is a “somewhat quiet but not really” Gator lean. Florida coaches recently went to watch Burns play basketball, which only helped solidify his interest in the program. He also knows he could have a role on this defensive line before too long. Basically, all indications point him to Florida. Odds: 80%

3 thoughts on “Recruiting: Where do the Gators stand with some of their top targets?”