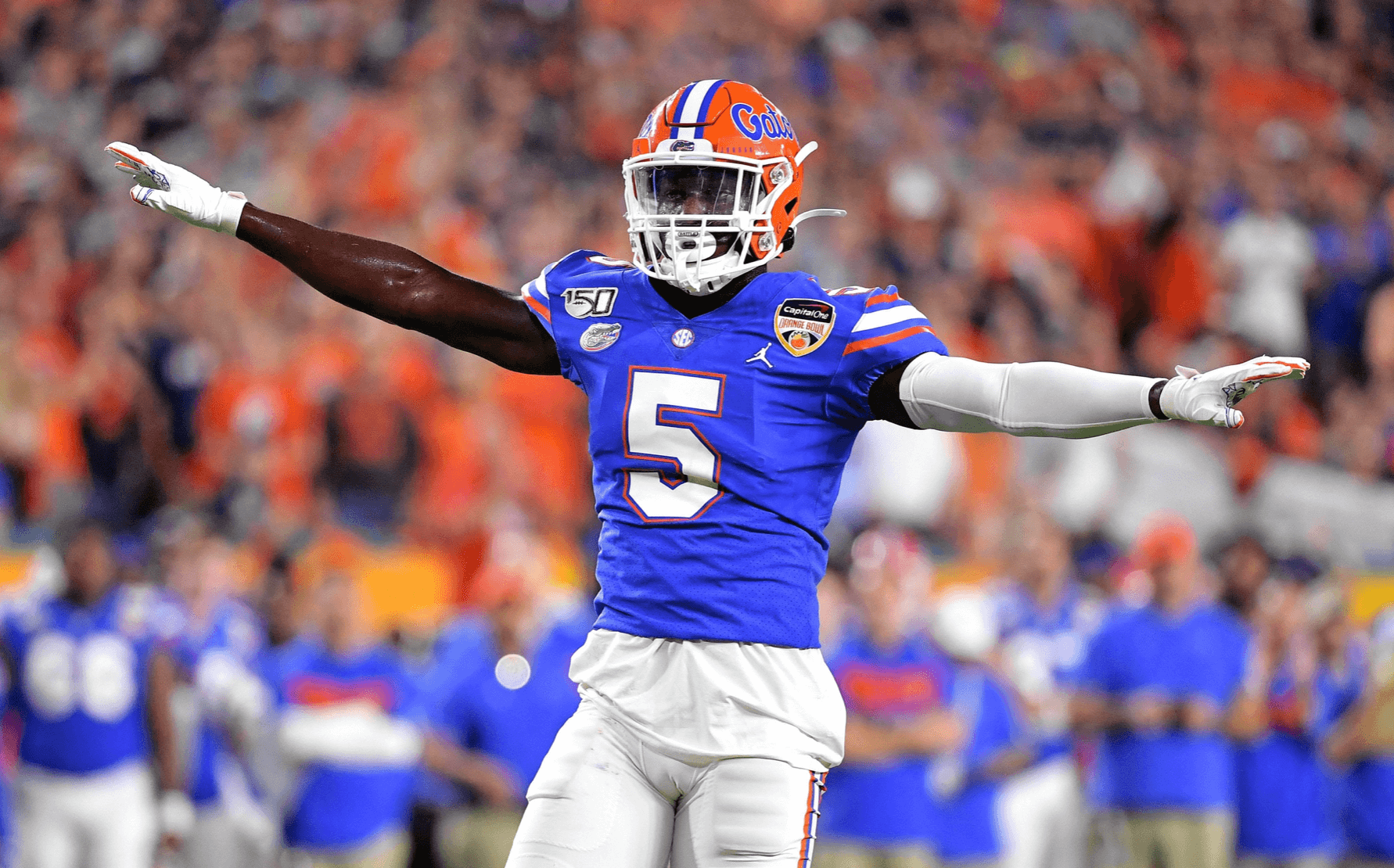 Our position previews of the 2020 Gator football team conclude today with a look at the defensive backfield. Can the unit colloquially known as “DBU” move forward without CJ Henderson?

Florida’s secondary received a major boost when Wilson decided to return in 2020. Though technically a redshirt junior, this is the fourth year that he’ll start the season atop Florida’s depth chart, and there’s a reason for that: he’s a smart and physically gifted player who’s consistent with the little things and doesn’t get burned. He got some looks at STAR last season, but now he’s seemingly settled into the CB1 role for good with Henderson off to the NFL. Who he’ll be matched up against will depend on the opposing personnel, but as a veteran who’s been through the peaks and troughs of the past few seasons, this is his unit to lead. And that’s an excellent thing.

What Marco Wilson is to the Florida cornerbacks, Davis is for the Gators’ safeties. A heady senior who’s made plays on the big stage before, Davis will be counted on to patrol the backfield and help out the corners in some zone coverage. Of all the Gators’ returning starters, only Ventrell Miller made more tackles last year and only fellow safety Donovan Stiner recorded more interceptions. Things may look a little different in 2020 with some inter-positional shifting taking place, but look for Davis to again thrive in his center field role in the Florida secondary. Coaches like Rashad Torrence’s upside, but this is Davis’s spot until he leaves.

Beware the nephew of Gator legend Matt and NFL vet Abram. Elam is ridiculously athletic and wasted no time introducing himself to the SEC by making plays all over the field as a freshman, and now he’ll slide into a starting corner role with Henderson out the door. Though not nearly as experienced as Wilson, Elam has proven capable of picking things up on the fly and shouldn’t miss a beat as the every-down corner opposite him. He was the second highest rated corner in the SEC last year according to Pro Football Focus, and now with more plays in which to demonstrate why he earned that high ranking, he could sneak into some Jim Thorpe Award discussions by the end of the season. Yes, his upside is that high.

This is why recruiting stars don’t matter as much as the people who are paid to dole them out want you to think they do. An unheralded recruit with only three other Power Five offers, Stiner has blossomed into a high-impact multi-year starter for the Gators and now returns to his strong safety spot alongside Davis for a second straight year. Recruitniks are right in that he doesn’t have the most impressive physical tools, but he’s more than made up for that so far in his career with excellent ball skills and top-notch play diagnostics. And Florida still likely hasn’t seen the best of him yet. Even without spring ball, look for Stiner’s growth to continue in year three of Todd Grantham’s defense.

2020 is unofficially the revenge tour for both McWilliams and Dean, who struggled in 2018 and 2019, respectively, in key roles. Perhaps a position change is best for each, as McWilliams moves into the STAR spot vacated by Dean, who now slides over to the second string strong safety slot. How they perform in their new roles will go a long way toward determining if Florida’s secondary is very good or outright elite this season. Elsewhere, the trio of youngsters- Kimbrough, Hill and Torrence- are too talented to keep off the field for too long, even in reserve roles. Kimbrough and Hill have some experience at corner under their belt and can reasonably be counted on to perform well, and Torrence has quickly won coaches over.

The realistic worst case scenario for the Gators’ secondary is that McWilliams and Dean continue to struggle in tertiary roles while the proven starters at corner and safety continue to thrive, which would mean Florida still has problems filling that STAR role but at least their top corners and safeties are strong. That’s the worst case. And even in this worst case scenario, Florida has no shortage of talented bodies to audition for the STAR role as the season goes along. Thinking more positively, it’s not unfathomable to believe that McWilliams and Dean will each have a bounce back year in new roles within the defense. Either way, though it does only take one guy to blow an assignment to lose a game, this secondary is in better shape than most others in the country.

The starting safeties are more than proven at the highest level. The starting corners will be playing on Sundays before much longer. It’s the STAR position that’s got me hesitant to give this unit an A, a spot that Chauncey Gardner Jr. excelled in two years ago but that Florida could never figure out what to do with last year. And again, it’s worth noting that all it takes is one busted assignment for the unit as a whole to look bad, so Florida’s defensive coaches are counting on McWilliams to step up into that STAR role and shore up the chain’s weakest link a year ago. If McWilliams plays well, this could be one of the three or four best secondaries in the country. If not? It could be a long year. For now, though, I’ll give them a preseason grade based in between those two extremes, slanted closer toward their ceiling than the floor due to the personnel elsewhere.