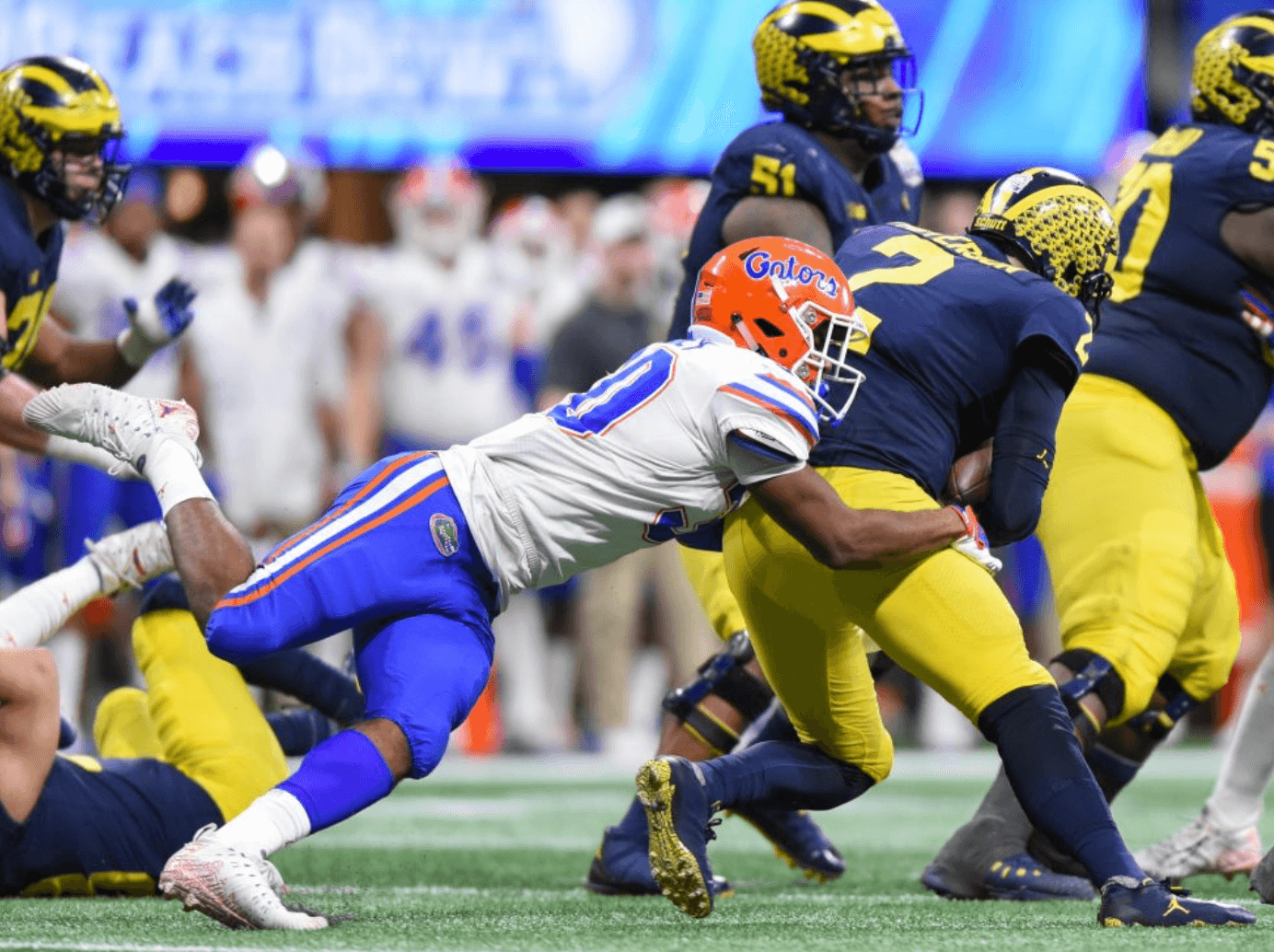 The penultimate piece of our position preview segment takes us to the Florida linebackers- a unit that was very good in 2019, but will look a bit different in 2020. Let’s get right into it.

The quarterback off the defense is widely acknowledged to be the MIKE linebacker, and Miller has claimed that title as a junior. The Gators’ leading returning tackler from a year ago (55), Miller has the most snaps and production under his belt among Florida linebackers and will be asked to fill the void left by ultra-consistent defensive playmaker David Reese III. He’s done nothing this offseason to dissuade coaches from giving him that chance to do so, and on a defense that doesn’t naturally use too many linebackers at once, Miller is a set-and-forget option in the rotation.

Burney has combined some eye-popping displays of natural athleticism with productivity over the last two years, making him an extremely valuable commodity in the middle level of the defense. If he needed to, Burney is more than capable of playing as a down lineman off the edge or as a safety. He’s really that versatile. He’ll step into a much bigger spot at linebacker in 2020, though, with both major hybrid positions- STAR and BUCK- seemingly occupied and Miller in need of a new fellow starting linebacker with Reese gone. Like Miller, Burney is an easy plug-in to the starting linebacker rotation at the MONEY position and should flourish in his expanded role.

Only because of Todd Grantham’s default alignment is Houston- an extremely intelligent veteran with a sixth sense for making plays- not a starter. The lack of a third starting linebacker in Grantham’s system relegates Houston to a “reserve” role, but make no mistake: he’ll play early, often and in crunch time. The Gators’ fourth leading returning tackler from a year ago and third leading returning sack artist, Houston has done nothing but produce when he’s seen the field, and now he’ll see his role within the defense grow significantly. He’ll technically back up Miller at the MIKE slot, but even if he never becomes an official “starter” on the Gators’ depth chart, he’s primed for a breakout junior campaign.

Diabate is essentially a backup version of Burney in that he’s extremely versatile and naturally gifted. He doesn’t have the experience that Burney has, though, and so he’ll start games as Burney’s understudy in the MONEY slot. But Diabate was quietly making plays in the shadows of Greenard, Reese and Carter as a freshman last season and now he’ll see the field on a much more frequent basis than he did in 2019. Look for him to take a monster step forward in 2020 and possibly even force his way into the starting lineup- either at MONEY or the hybrid BUCK position.

There aren’t any Award Watch List guys in Christian Robinson’s linebacker room- at least not yet- but C-Rob oversees a corps of four guys who could see the field at any school in the country. Blue-collar and tenacious by nature, this is a group that’s forced to pull more weight than other positions due to the smaller quantity of players they can have on the field at once- and so far, Robinson’s linebacker units have done just that at Florida. With everybody who will see the field this year having already demonstrated their playmaking abilities in the past, as well as in summer practices, there’s no reason to think this won’t continue.

Though there’s not a ton of quality depth here, Florida has four reliable guys to shuttle in and out of two spots, and can comfortably play three or four linebackers at a time if circumstances dictate it. The only question is whether or not the middle level of the defense can be great, as opposed to plateauing at the “very good” level. Continuity will come as these guys knock off the tackling rust and re-feel their away around mechanics-wise. But with a high post-rust floor and the potential to exceed last year’s level of play even without Reese, it’s a bad idea to not trust these guys down the stretch- even if the takeoff is a bit bumpy.