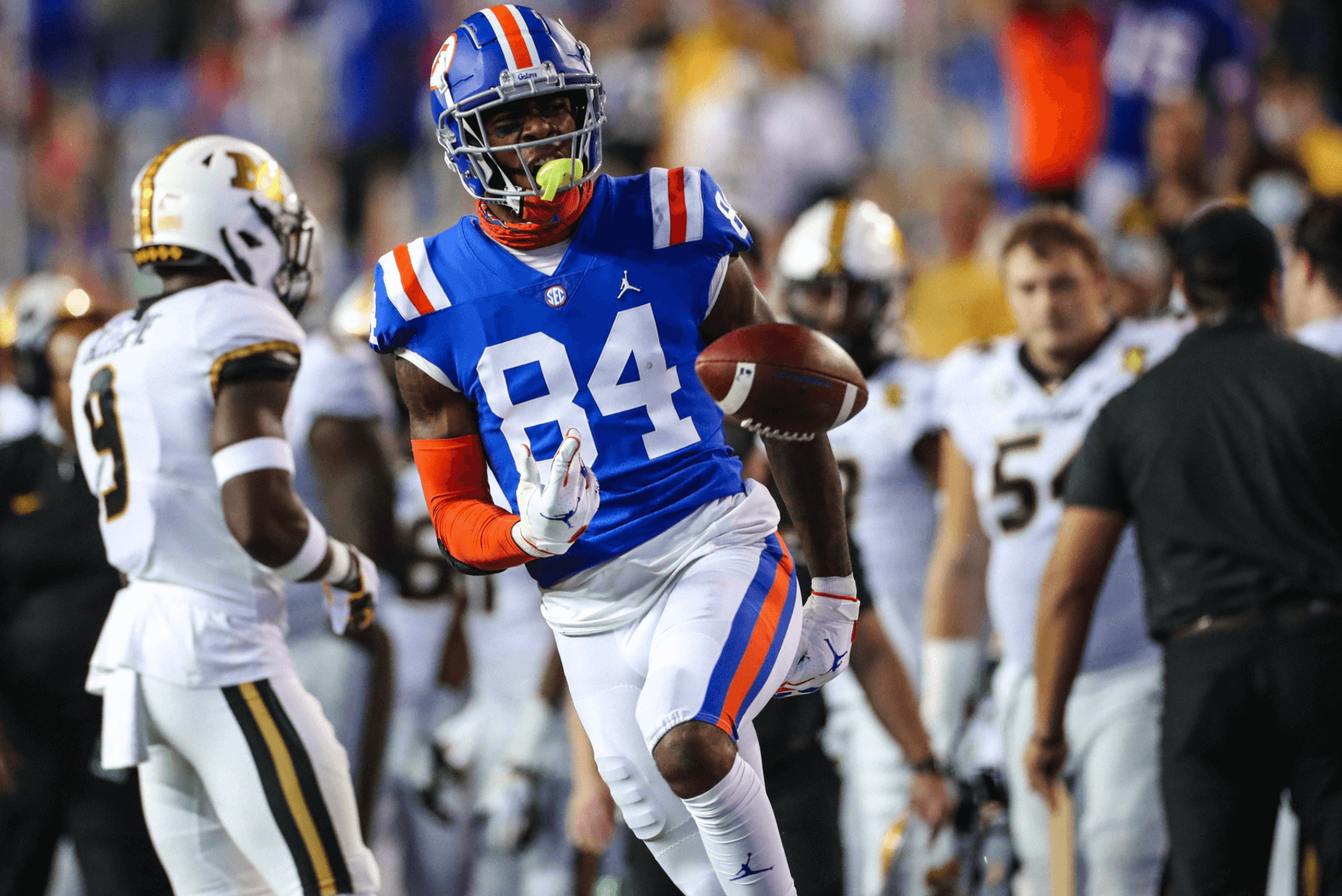 Down three starters in the secondary and its starting kicker, the Florida Gators finally did what they were supposed to do with an inferior opponent. They humiliated them.

Now Florida gets to march into Jacksonville with order seemingly restored after a 41-17 flattening of Missouri on Homecoming Night- a game that wasn’t nearly as close as the final score indicated- and their season on the line. The way Florida-Georgia is supposed to be.

The win came with a price tag, though. Missouri’s Trajan Jeffcoat leveled Kyle Trask well after he released the ball on the final play of the second quarter, and no flag was thrown. So Florida players took matters into their own hands, and touched off a bench-clearing melee that resulted in several dozen punches, one throat jab from a Missouri player and three ejections that ended the evenings of Florida’s Zach Carter and Antwaun Powell as well as Missouri’s Tre Williams at halftime.

As for the competition, that lasted about a half, too.

Much was made about potential issues of knocking off the rust following a two week hiatus. And indeed, Florida got off to a slow start offensively: their first two drives stalled in the red zone, where Chris Howard- in his first collegiate action, stepping in for Evan McPherson- drilled a pair of field goals. The defense, for its part, allowed Missouri to drive inside the red zone on its first drive, before stiffening and forcing a field goal attempt- which Harrison Nevis missed wide right. Florida’s secondary then narrowly avoided disaster on the next play, getting fried on a deep ball from Connor Bazelak to Jalen Knox who dropped a would be touchdown pass clear behind safety Rashad Torrence II.

The tension mounted with Florida up 6-0 early in the second quarter, when Trask was hit as he released a deep pass and the altered ball was picked out of the air by Jarvis Ware. Taking advantage of some blockers, Ware strode 59 yards down the sidelines, briefly bobbled the ball in his attempt to break past NayQuan Wright and grabbed it before being tackled in the end zone. That made it 7-6 Missouri, and got fans squirming. And the offense continued to struggle after that, gaining eighteen yards and just one first down on its next two drives combined.

Then, as if someone flipped a switch, Florida suddenly remembered how to move the ball. Still trailing 7-6 with less than four minutes to go in the half, Trask fired a strike to Jacob Copeland, who took four Missouri defenders for a piggyback ride for several additional yards and put the ball inside the Tigers’ 25. Two plays later, Trask found Toney on a simple tunnel screen, and he did the rest to put Florida up 13-7.

That was when Missouri began to unravel. Perhaps rattled, Bazelak and Tyler Badie botched the exchange on the handoff and Brenton Cox fell on it. Florida turned that gift into another Trask-to-Toney hookup, a 30 yard strike down the middle of the field that resulted in Toney strutting onto the “G” of the Gators’ end zone font and a 20-7 Florida lead.

Then came the lowlight of the evening.

After another Missouri punt, Florida got the ball back with a few seconds to go in the half and looking for more. With zeroes on the clock, Trask lofted a Hail Mary that fell incomplete before being battered by Jeffcoat. Looking for flags and not seeing any, Gator players charged the field with Jeffcoat dead in their crosshairs, hunting for blood. But they never got to him. Mizzou’s players- who were perhaps scheming this out several minutes in advance- were more than ready to fight, and what took place next was a nasty street fight that took a full five minutes to break up.

The late hit that started the fight, and the fight.

You be the judge. pic.twitter.com/wu21Eg6Plx

Cameras clearly caught Missouri’s Tre Williams, Akial Byers, Isaiah McGuire, Chad Bailey and Markell Utsey throwing punches. Utsey in particular was caught throwing at least five, maybe more, punches at a variety of Florida Gators players. Florida’s Zach Carter and Antwaun Powell landed several of their own- all at helmets, by the way- and were promptly ejected along with Williams of Mizzou. Mullen would tell reporters after the game that it was his understanding that the ejections do not automatically mean ineligibility for next week’s game against Georgia.

But that doesn’t mean the matter is over with. Now it falls in the hands of the SEC office, which has the jurisdiction to levy suspensions and, if history is any indication, likely will not hesitate to execute said jurisdiction.

In any case, clearly infuriated by the event, Florida calmed down at halftime and regrouped. On the other hand, Missouri had displayed the last bit of fight it was prepared to display. The result? The Gators turned the game into a laugher.

Right out of the gates in the third quarter, Trask directed an eight play, 75 yard drive that featured two long runs on keepers and was capped by Toney’s third score of the night. Two drives later, the Gators took advantage of a short field with another touchdown, this time from Trask to Justin Shorter. That made it 34-7 with :22 left in the third quarter and ended any pretense of a contest. For good measure, Trask found Trevon Grimes for an eighteen yard score midway through the fourth before Dan Mullen pulled the starters.

Up next is the waiting game. The Gators have to wait and see how the SEC wants to respond to the incident. In prior instances of bench clearing brawls, the SEC has typically suspended players who throw punches or objects for anywhere from a half to multiple games. It’s possible that the SEC may stray from said precedent given how the remainder of the game was played in a relatively clean fashion (and given that it’s 2020, where anything goes) but it’s worth keeping in mind that this is the precedent.

Regardless, Mullen’s Florida Gators will take the win and move on, and overall feeling about as good about themselves as they’ve had a right to all year. They still have some things to clean up, but they do appear to have found some new playmakers in the secondary. Once the rust was shaken off, the offense looked as dynamic as ever. And slowly but surely, they’re getting healthy again.

Now comes the big one, next Saturday evening in Jacksonville, for all the prizes that this team set to conquer before the season started. And given all the ugliness of the past three weeks, up to and including last night, Florida’s goal is to get as ready as it could possibly be, for this next game will go a long way to determining how the 2020 season will ultimately be remembered.