Uncategorized For Florida Gators, Carter and Grimes are set to play in 2020 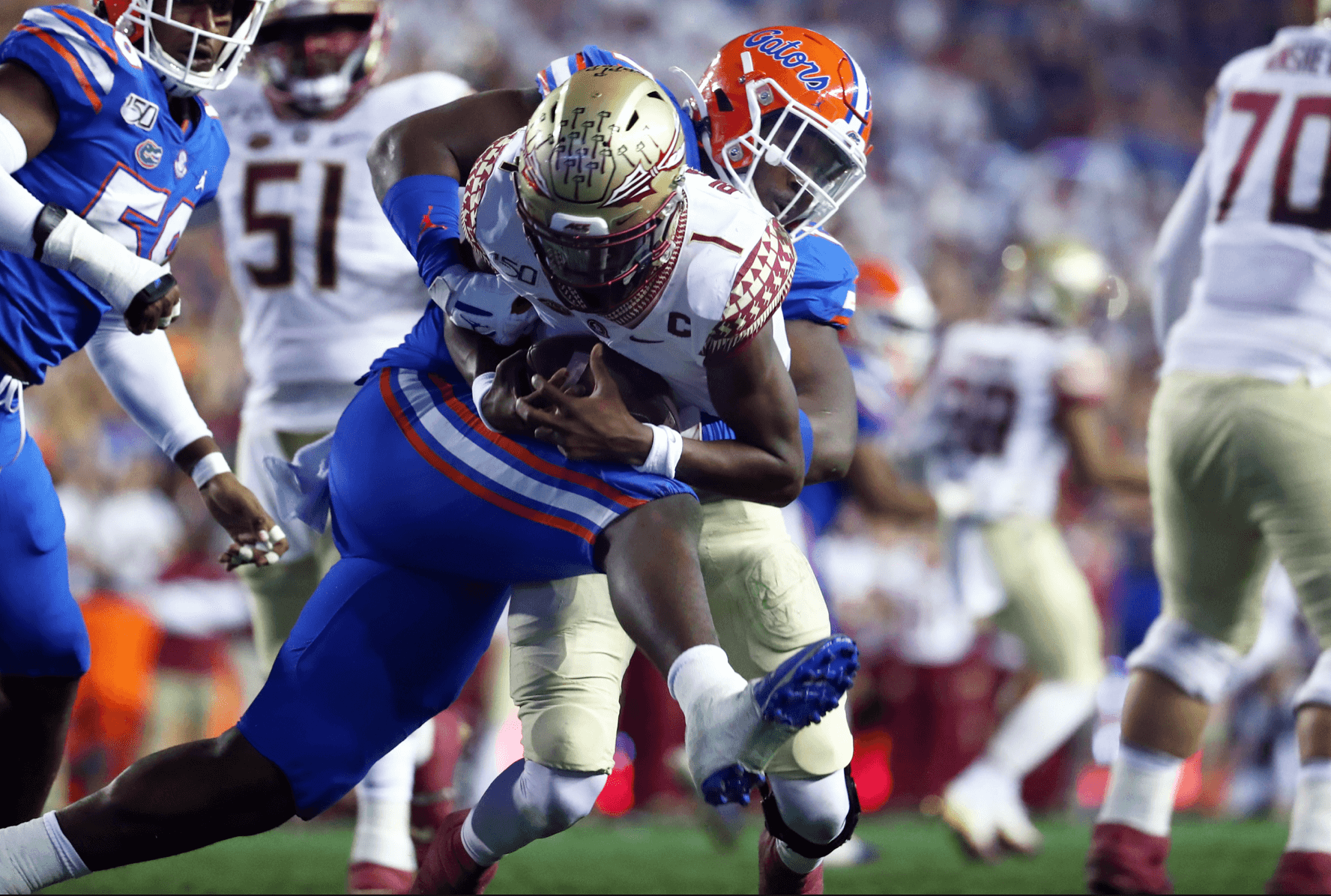 Panic rose like a plume of smoke in Gator Nation a few days ago when news broke that four key players did not participate in the Florida Gators’ first practice of fall camp. The players not showing up for practice only added to the concern among fans given that these same four players have been very vocal on social media in the past few weeks on a variety of topics.

Now, half that concern has been assuaged.

Yesterday, defensive lineman Zach Carter and wide receiver Trevon Grimes each independently announced that they are planning to play for the Gators this upcoming season. That put to rest a wild array of rumors regarding the players’ reasoning for potentially opting out- each and every one of which I (and, well, basic logic) can confirm are not true.

Carter tweeted out a note lamenting the passing of his mother’s close friend of nearly three decades earlier this month. He made a point to note that the family friend- “a true Gator fan” who had loved attending his games- had died of COVID-19. Thus, Carter declared that he was “looking forward to ballin out in honor of all COVID-19 fighters and victims.”

As for Grimes, he was even more blunt about it.

So I guess that’s the end of that.

The remaining two players of the quartet that was rumored to be considering opting out, Kadarius Toney and Jacob Copeland have yet to speak out further since hinting at possibly opting out on twitter. Nor has there been any sort of official word from the Florida Gators’ staff or beat reporters. So although the rumors continue flying every which way about the pair, there’s still no word as of now regarding their status for the upcoming season. One way or another, we’ll know soon enough.

3 thoughts on “For Florida Gators, Carter and Grimes are set to play in 2020”