Gator Football SEC suspends Gators’ Carter, Powell for first half against Georgia due to roles in Florida-Missouri brawl 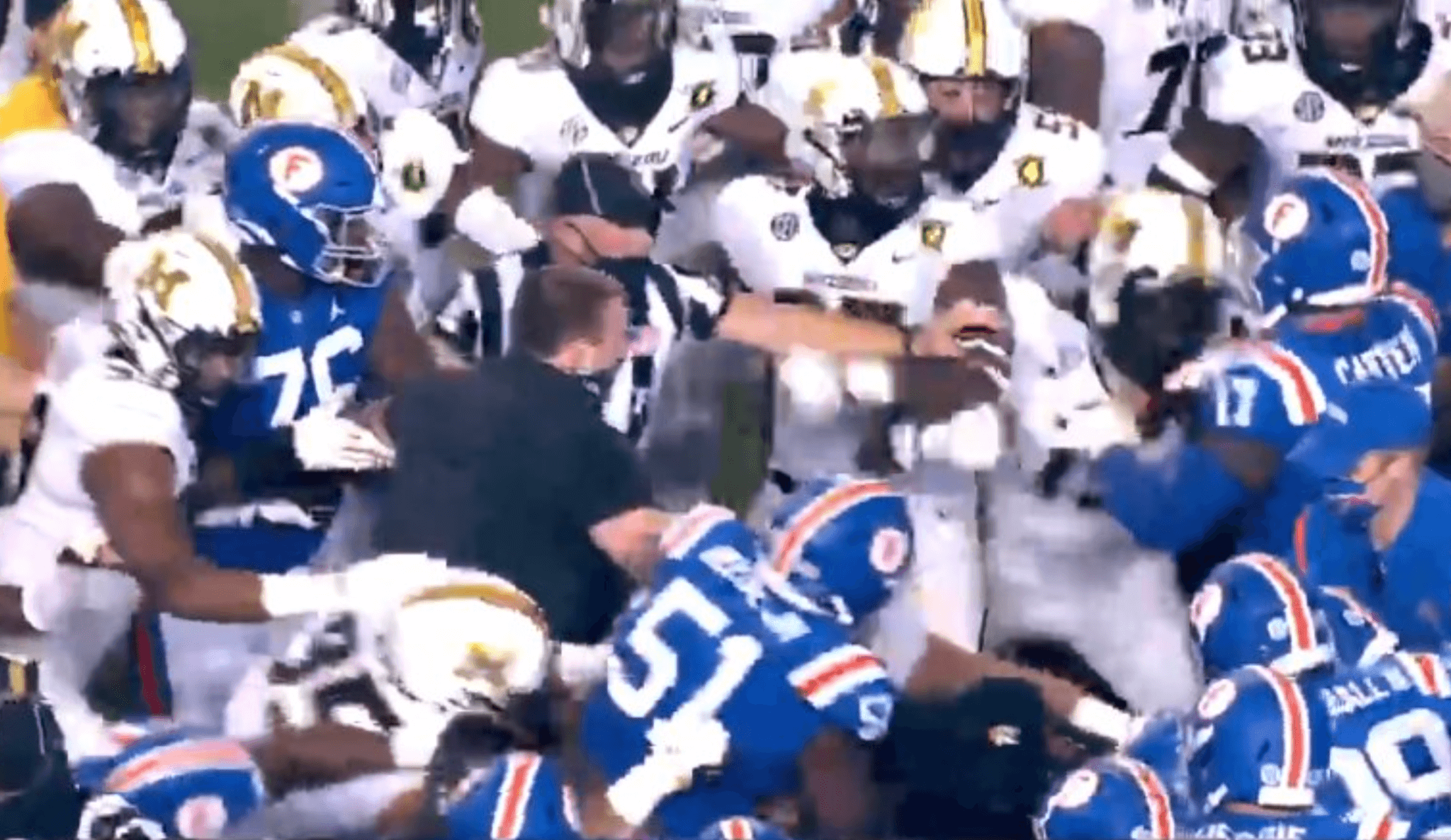 We all had a feeling that suspensions were coming following the bench clearing Florida-Missouri brawl that marred  the Gators’ 41-17 tune-up win over Mizzou on Saturday night. And those feelings have turned into reality- although in far lesser a fashion than some had been fearing.

The SEC has barred Zachary Carter and Antwaun Powell from the first half of this Saturday’s game against Georgia for their roles in the Florida-Missouri brawl on Saturday night. Cameras clearly caught them swinging fists at Missouri players, which led to both of them getting ejected. In addition, the SEC fined Dan Mullen $25,000 for charging out onto the field (presumably towards the refs).

Missouri also faces discipline from the league office for their role in the melee. Like Florida, the Tigers’ next game is also against Georgia, two Saturdays from now after a bye week. Half-game suspensions have been doled out to Missouri’s Chad Bailey, Dylan Spencer and Markell Utsey. Tre Williams, who was ejected from the game along with Powell and Carter of Florida, will also be suspended for the first half of the Tigers’ game against Georgia in two weeks.

It could have been so much worse. The SEC has, historically speaking, not been afraid to dish out full game punishments to anybody who even remotely appears interested in fighting. Given that history, the Gators seem to have dodged a bullet, as Carter and Powell were far from the only ones who displayed such an interest in fighting.

But it would appear as though the joint statement issued by the two schools the morning after the fight- and the clean second half the teams played- helped satisfy the league office. Thankfully, it appears as though we now have some closure to the ugly situation, and this doesn’t seem to be something that will affect the Gators in the long term.

6 thoughts on “SEC suspends Gators’ Carter, Powell for first half against Georgia due to roles in Florida-Missouri brawl”