You can’t pick a single hero from last night’s game too easily.

Was it Bradley Beal, who led the Gators in scoring? Erving Walker, who nailed the most clutch 3 of the year to stop Marquette’s run at the end? Michael Rosario, who made huge contributions off the bench in by far his best game of the year? Kenny Boynton, for hitting all the clutch free throws towards the end of the game?

Whoever you want to pick is fine with me. Because this is a team sport, and this team has matched last year’s success by booking another ticket to the Elite 8.

However, the Elite 8 is no stopping point. Generally, you get much more “we’re just happy to be there” in the Sweet 16. Everybody would like to win the Sweet 16 just for a chance to play another game. That’s the same motivation as there is in the first couple of rounds. The Elite 8, on the other hand, represents a chance for kids to play on the biggest basketball stage in the world- the Final Four. Move over, NBA Playoffs, even the Finals, the NCAA Final Four is the most watched basketball event in existence.

Who wouldn’t want to play in the most prestigious basketball event of the year? The hunger is upped for both teams. Florida has a double dose of fire as Boynton and Walker, while not quite fireballs of intensity, haven’t really forgotten the bitter loss to Butler from a year ago. Erik Murphy and Patric Young also played small roles on that team, and they didn’t take too kindly to it either. 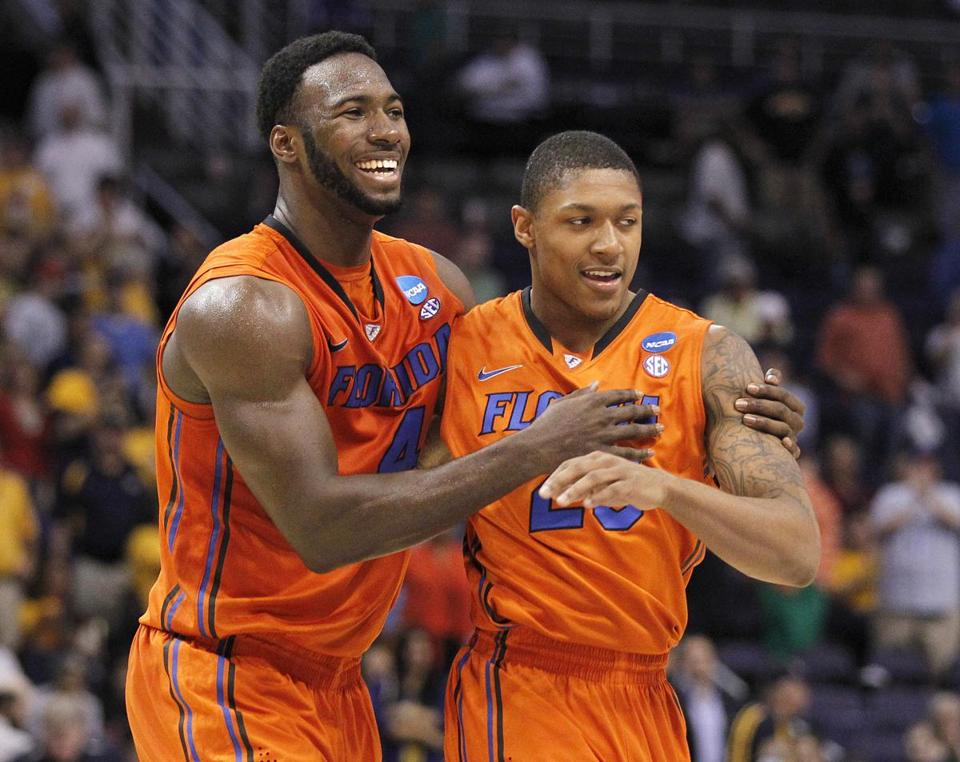 It’s not like they could forget that game even if they wanted to.

Billy Donovan has forced his team to watch the last 8 minutes of the CBS broadcast over and over and over again until the scars from that fateful day in NOLA were reopened, gashing blood. Well, not really. But by now, the Gator players are so sick of seeing that ugly collapse (Donovan started showing it the day after the Gators routed Norfolk State) that they should come out breathing fire against Louisville.

Instead of Boynton or Walker, the only two remaining starters from that team, it is Bradley Beal who has become the team’s vocal leader. The best part- he doesn’t need to say anything to Walker, the only senior, or Boynton, the only true junior in the starting lineup. A freshman trying to motivate an uppserclassman doesn’t always pan out. He only has to worry about his fellow youngsters, the ones that either did not play or were not even on the team.

The Gators’ fire will likely be matched by that of Louisville, who as I’m sure you know by now has a great head coach in Rick Pitino, who coached Billy Donovan and later hired him as an assistant coach.

Intensity and desire alone, however, will not get it done. 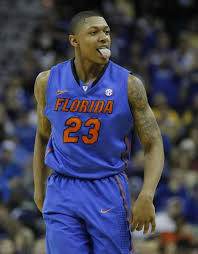 The Gators need to play just like they did against Marquette last night. Tough defense, points in transition, and make some threes. The only problem with last night (this morning, for me and those of you in the Eatern Time Zone) was that the Gators refused to put Marquette away. Whether somebody would bobble a pass and tip it right to Marquette, miss four open threes in two straight possessions, unnecessarily foul to give Marquette a bonus point after an open layup, or turn the ball over….

The bottom line is, the Gators cannot afford to let Louisville hang around like that. Marquette’s best shooters, Darius Johnson Odom and Jae Crowder, kept missing big threes that could have as much as tied the game in the final minutes. Florida was very lucky that they missed, and cannot expect Louisville, led by Russ Smith, to miss such open looks.

The other key is to win the foul battle and get to the line.

Aside from Kenny Boynton’s foul shots in the waning seconds, which were mandatory from Marquette’s perspective, Marquette fouled the Gators A LOT. CaDougan especially could not take his hands off Gator guards. The referees let him get away with a lot, but he crossed the line a few times and occasionally got called for it. The Gators, on the other hand, didn’t foul a whole lot and as a result forced the Eagles to earn most of their points from the field.

As a team, getting to the foul line, playing great defense, outrebounding the Cards and making threes is what Florida has to do to win. Bradley Beal does all three of those exceptionally well, and at this point I’m worried he leaves for the draft. I put all my trust in him to rally the youngsters to play their best, and I trust Boynton and Walker to motivate themselves to play their best games of the season. When you’ve seen great things for three straight games, you can kind of grow to expect more. And I do. The expectations have been raised now, and while a loss to Louisville wouldn’t be shocking, it would be crushing, and unacceptable. We’re so close now, and we have a shot at redemption after last year’s heartbreaker.

Play like they did last night again tomorrow and the Gators will be back in the Final Four. We’re so close… I can almost taste that spicy Cajun chicken…