I’d like to start this article off by thanking Neil and the crew for bringing me back to In All Kinds of Weather to cover Florida football and basketball. Sports writing is one of my passions and for Neil to give me this opportunity again, it’s a big deal to me and I am very grateful to be put in this Staff Writing role once again. I’m sure a ton of people on this sight have been in school and have dealt with boat loads of work, and that is why I had to take time away from IAKOW. I am back for good now, and I am here to stay.

I would also like to congratulate Neil and the guys on this website for making this product grow in such a short amount of time. Signing a deal with Fox Sports is not only a huge accomplishment, it just shows how far they have come and how hard they have worked and dedicated to make this product grow. I am very excited to help contribute to make this grow and make this bigger and better each day.

It has been awhile since I have been on IAKOW, so for those who don’t know anything about me, here is a brief description of what to expect from me:

My name is Tanner Dennie (Give me a follow on Twitter! @IAKOWTanner) and I am from Auburndale, Florida. I am currently studying Telecommunications at the University of Florida, and I am on the University of Florida Drum Line (Give us a follow on Twitter! @UF_FDL). My ultimate goal in life is to make my way through the rankings as a sports writer and eventually make my way to ESPN as a college football analyst, or a recruiting analyst. From living in Florida and being raised a die hard Gator fan, I have a passion for football and I also love basketball as well. I played basketball from when I was four years old until now. A little fun fact; I played AAU basketball for a team called the Xrossovers out of Bartow for five years and I have played against players like Austin Rivers (Duke University/New Orleans Pelicans) and Brandon Knights (University of Kentucky/Milwaukee Bucks). You can expect two to three articles from me weekly, and I am looking forward to providing my insight to you all and I hope you enjoy.

So without further fanfare, let’s get to my first piece: My top three players who will make an impact for Florida this season

After being the laughing stock of the SEC and all of college football last year, we still have a lot of individuals contribute to try and keep this team salvaged. Sure, there was a lot of turmoil going on behind the scenes off of the field, but on the field, there were some stand out players who showed some flashes, and I think they will be huge contributors to Florida’s success this year.

VH3 grabbed the nations attention last year with his outstanding play at cornerback. After his first interception in his first game against Toledo in The Swamp, we all knew that this kid would be a future star.

One thing that stands out to me about VH3 is his cover ability. Not many teams will be able to throw his way when he is in one-on-one coverage. His leaping ability is off of the charts. VH3 accumulated for 3 interceptions last year as a true freshman, so I would expect him to double that count from last year as he grasps the system more and more each year. VH3 will have help in the secondary from true freshman Jalen Tabor and Duke Dawson, Brian Poole, Jabari Gorman, Keanu Neal, Marcell Harris, and Marcus Maye. This secondary will have some growing pains due to youth, but expect Vernon Hargreaves to prosper and lead by example on the field.

I’m sure there are a couple of you thinking “Really? Jeff Driskel needs to be benched.” If you are one of those who are thinking that, think again.

Since Kurt Roper has been on the University of Florida campus, everyone has had high praise for his up-tempo system that he brought over from Duke. I’m sure most Gator fans tuned in to the Duke/Texas A&M game at the start of the new-year to see how Roper ran the offense. I know giggling like a school-girl because all I could think about was Mick Hubert announcing “Jeff Driskel to Andre Debose for the touchdown! Oh my!”

With the amount of playmakers that Jeff Driskel has surrounding him, he has no excuse after this year. Sure he is under his 3rd coordinator in 4 years, but the time for him to shine is now, and I think he will this season. Driskel dropped his weight from 245 to 230 and Roper thinks that he is more mobile and he will be a little quicker for when the read option is called, or any designed run play for Jeff.

We all know that Jeff Driskel has all of the intangibles to be one of the best quarterbacks in the country. He has the arm strength, he has shown that he can be somewhat accurate, and he has the running ability to leave defenders in the dust as he runs down field and trots into the end zone (Vanderbilt 2012). The main concern I have with Jeff is this: will he be able to get the ball out to the playmakers? I think he will be forced to do so.

One position that Florida has lacked since 2012, when Jordan Reed was one of our go-to weapons on offense, is Tight End. Jake McGee, the transfer from the University of Virginia, will be the X-Factor for this Florida offense this Fall. With his 6’6 frame, McGee has all of the intangibles of being a star under Roper’s system. If you go back and watch film of the 2013 game against Miami, McGee was targeted on every play of their game winning drive, and caught a tip-toed pass in the back of the end zone to defeat Miami. He finished his career at Virginia with 71 catches, 769 yards receiving with 7 touchdowns, with his longest reception at 44 yards. I expect the chemistry between McGee and Driskel to be spot on going into the season as both are spending time together outside of football.

Now, before you all eat me alive on why I don’t have Kelvin Taylor in my top three, I believe he will be one of the biggest contributors on offense, and I think he will be a stud for this system, he still has to compete with other half backs, such as Matt Jones, who is coming off of a torn meniscus, Mack Brown, and Adam Lane, who can possibly be a huge threat in the red-zone this year.

Let me know in the comments below on who you think your three biggest contributors are and why! 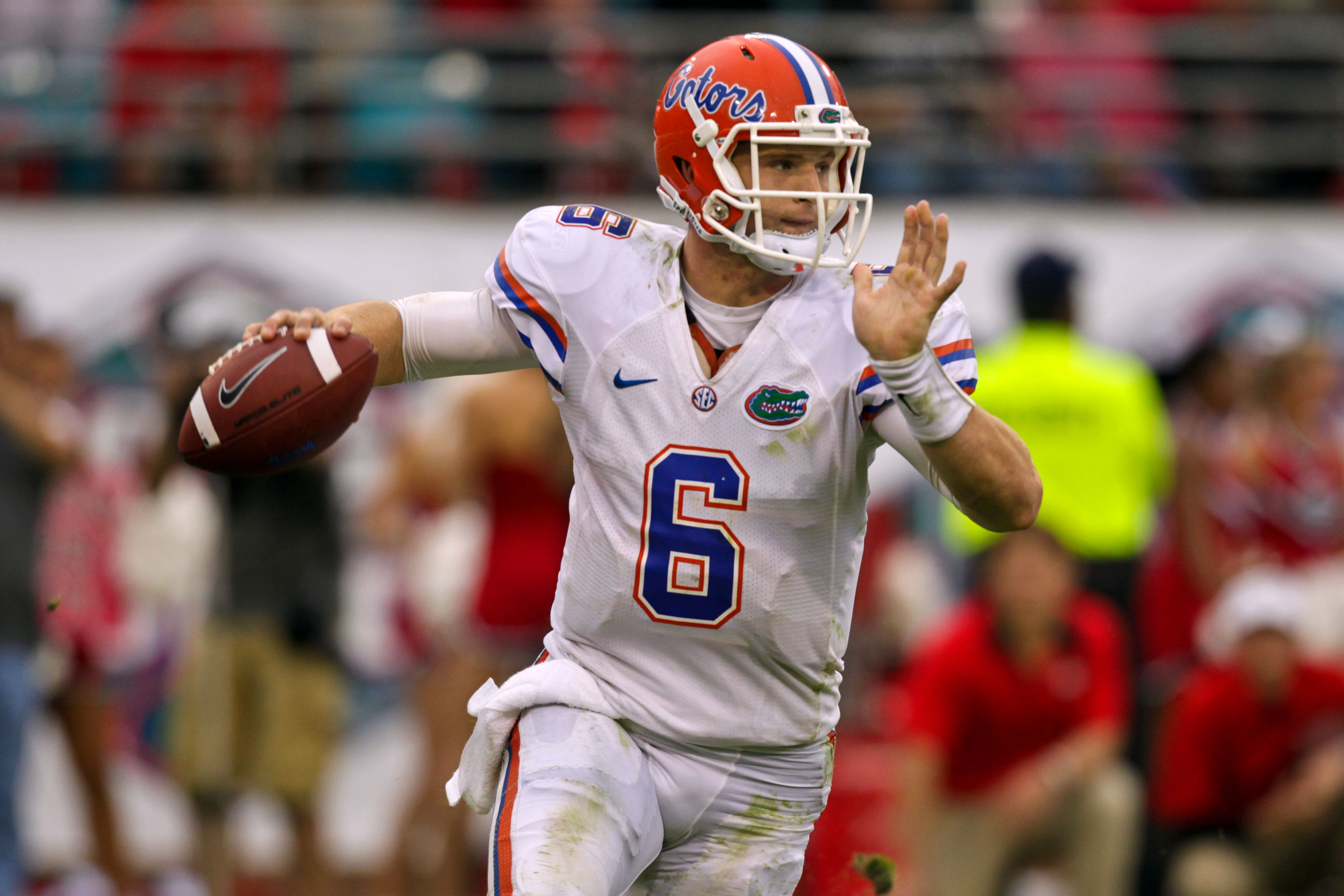